Callous-unemotional (CU) traits are characterized by deficits in guilt/empathy, shallow affect, and the callous and manipulative use of others. Individuals showing CU traits have increased risk for behavior problems and reduced responses to displays of distress in others. To explore how deficits in emotion-processing are associated with CU traits, the current study examined the association between callous-unemotionality and a neural index of facial emotion processing, using the event-related potential technique in a group of 3–5 year olds. Children viewed a series of static emotional faces, depicting either fear or happiness, while electroencephalography data were collected. The N170 component, thought to index the neural processes associated with face perception, was examined along with CU traits. Findings suggest that the unemotional dimension of CU traits is associated with diminished emotion-processing responses to fearful faces. Reduced neural responses to facial depictions of fear could be a biomarker for unemotional traits in early childhood. 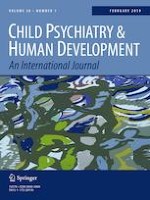