» Toegang tot de volledige tekst krijgen
Belangrijke opmerkingen
Opinions, interpretations, conclusions and recommendations are those of the author and are not necessarily endorsed by the Military Suicide Research Consortium or the United States Department of Defense.

Major depressive symptoms are associated with increased risk for suicidal ideation and behavior. Suicide is fearsome; as such, the interpersonal theory of suicide proposes that individuals who engage in suicidal behavior possess not only the desire to die, but also the acquired capability (AC) for suicide. This study examined whether major depressive episodes (MDEs) may be particularly relevant to suicidal behavior when considered in the context of AC. History of MDEs, AC, and suicide attempt history were examined in a large (n = 3377) sample of military members. Data were analyzed using hierarchical multiple regression. Results indicated that among individuals with high AC, the number of MDEs was significantly, positively associated with number of previous suicide attempts; MDEs were not significantly related to suicide attempt history among individuals with low AC. Findings held in the presence of robust covariates associated with suicidal behavior. Findings suggest that a history of MDEs alone may not indicate severe suicide risk—increased AC for suicide appears necessary for increased suicide risk. Implications for suicide treatment and prevention in military personnel are discussed. 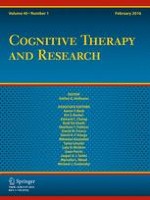