In her recent paper ‘Non-complicit: Revisiting Hans Asperger’s Career in Nazi-era Vienna,’ Dean Falk claims to refute what she calls ‘allegations’ about Hans Asperger’s role during National Socialism documented in my 2018 paper ‘Hans Asperger, National Socialism, and “race hygiene” in Nazi-era Vienna’ and Edith Sheffer’s book ‘Asperger’s Children.’ Falk’s paper, which relies heavily on online translation software, does not contain a single relevant piece of new evidence, but abounds with mistranslations, misrepresentations of the content of sources, and basic factual errors, and omits everything that does not support the author’s agenda of defending Hans Asperger’s record. The paper should never have passed peer review and, in view of the academic credibility of all parties concerned, it should be retracted.
Opmerkingen

Open access funding provided by Medical University of Vienna. The author wishes to thank Caren Zucker and John Donvan for helpful comments, and Sabine Hildebrandt, Bill Seidelman and Tim Corbett for their help in editing the final version of the text.

The author has no conflict of interest to declare.
Open AccessThis article is distributed under the terms of the Creative Commons Attribution 4.0 International License (http://​creativecommons.​org/​licenses/​by/​4.​0/​), which permits unrestricted use, distribution, and reproduction in any medium, provided you give appropriate credit to the original author(s) and the source, provide a link to the Creative Commons license, and indicate if changes were made. 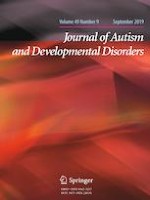 Diagnosis of Autism Spectrum Disorder According to Maternal-Race Ethnicity and Country of Birth: A Register-Based Study

Sexuality in the Autism Spectrum Study (SASS): Reports from Young Adults and Parents

Creativity in Autism: An Examination of General and Mathematical Creative Thinking Among Children with Autism Spectrum Disorder and Children with Typical Development

Parenting Behaviors as Predictive of Early Student–Teacher Relationships in ASD