The Effects of Age, Gender, Hopelessness, and Exposure to Violence on Sleep Disorder Symptoms and Daytime Sleepiness Among Adolescents in Impoverished Neighborhoods | mijn-bsl Skip to main content
ZOEKEN MENU 1 2 3 4

Although sleep problems are associated with negative outcomes among adolescents, studies have not focused on sleep disorder symptoms among adolescents living in impoverished neighborhoods and how sleep problems may be related to two factors common in those environments: hopelessness and exposure to violence. This study used data from the longitudinal Mobile Youth Survey (MYS; N = 11,838, 49 % female, 93 % African-American) to examine trajectories of sleep problems by age (10–18 years) among impoverished adolescents as a function of gender, feelings of hopelessness, and exposure to violence. The results indicate that sleep problems associated with traumatic stress decline with age, with four notable distinctions. First, the steepest decline occurs during the early adolescent years. Second, the rate of decline is steeper for males than for females. Third, exposure to violence impedes the rate of decline for all adolescents, but more dramatically for females than for males. Fourth, the rate of decline is smallest for adolescents with feelings of hopelessness who also had been exposed to violence. To explore the generalizability of these results to other types of sleep disorders, we analyzed cross-sectional data collected from a subsample of 14- and 15-year-old MYS participants (N = 263, 49 % female, 100 % African-American) who completed a sleep symptoms questionnaire. Four results from the cross-sectional analysis extend the findings of the longitudinal analysis. First, the cross-sectional results showed that symptoms of apnea, insomnia, nightmares, and restless legs syndrome or periodic limb movement disorder (RLS/PLMD), as well as daytime sleepiness, increase as a function of hopelessness. Second, symptoms of insomnia, RLS, and nightmares, as well as daytime sleepiness, increase as function of exposure to violence. Third, symptoms of insomnia and RLS/PLMD are greater under conditions of combined hopelessness and exposure to violence than for either condition alone. Fourth, symptoms of RLS/PLMD are worst for females who have been exposed to violence and experience hopelessness. Overall, the findings suggest that hopelessness and exposure to violence have negative independent and multiplicative effects on adolescent sleep, particularly for females. Understanding the causal factors associated with inadequate sleep in impoverished adolescents is important for three reasons. First, sleep is an important aspect of adolescent development. Second, inadequate sleep has severe consequences for adolescent morbidity, mortality, and overall quality of life. Third, impoverished adolescents are at the most severe risk for poor outcomes, and improvement in their sleep may produce large gains.
vorige artikel Exposure to Violence, Social Cognitive Processing, and Sleep Problems in Urban Adolescents
volgende artikel Changes in Sleep Habits in Adolescents During Intensive Interdisciplinary Pediatric Pain Rehabilitation 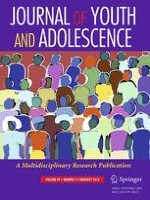 Advancing a Biopsychosocial and Contextual Model of Sleep in Adolescence: A Review and Introduction to the Special Issue

A Longitudinal Examination of the Bidirectional Association Between Sleep Problems and Social Ties at University: The Mediating Role of Emotion Regulation