The present study investigated the impact of social support on the psychological well-being of mothers of adolescents and adults with ASD (n = 269). Quantity of support (number of social network members) as well as valence of support (positive support and negative support) were assessed using a modified version of the “convoy model” developed by Antonucci and Akiyama (1987). Having a larger social network was associated with improvements in maternal well-being over an 18-month period. Higher levels of negative support as well as increases in negative support over the study period were associated with increases in depressive symptoms and negative affect and decreases in positive affect. Social support predicted changes in well-being above and beyond the impact of child behavior problems. Implications for clinical practice are discussed.
vorige artikel Exploring the Proposed DSM-5 Criteria in a Clinical Sample
volgende artikel The Home TEACCHing Program for Toddlers with Autism 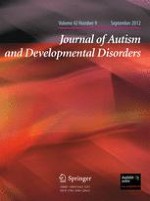