Autochthony belief (“that a country is owned by its first inhabitants”) can be an acceptable reason for claiming collective ownership of a territory and this claim can have negative consequences for newcomers. Children might reason that a place belongs to their in-group because “we” were here first and therefore have negative out-group attitudes. In three studies among Dutch majority group children (N = 879; Mage = 10.13 to 10.84, SD = 0.82 to 0.98; 49.7 to 54.5% girls), the expected negative association between autochthony beliefs and attitudes was found for different measures of ethnic attitudes, and was robust across gender, age, immigrant target group, ethnic identification, perceived multicultural education and classroom composition. Additionally, the association was especially strong among ethnic majority children who felt less at home in their own country but at the same time cared about being Dutch. It is concluded that a focus on autochthony belief makes a novel and relevant contribution to the intergroup developmental literature and to our limited understanding of children’s attitudes toward immigrant groups and newcomers more generally. 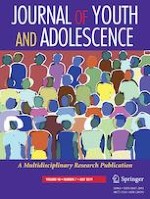 Developmental Trajectories of Executive Functioning and Puberty in Boys and Girls

Mari Andrew: Getting There: A Workbook for Growing Up

Unpacking the Longitudinal Associations between the Frequency of Substance Use, Substance Use Related Problems, and Academic Achievement among Adolescents