Depression surges in adolescence, especially among girls. Most evidence indicates that the short allele of a polymorphism in the promoter region of the serotonin transporter gene (5-HTTLPR) interacts with stress to influence the onset of depression. This effect appears to be less robust in adolescents, particularly among boys, and may be moderated by other genetic polymorphisms. Seeking to explain the adolescent gender difference in depression, this study examined the effects of 5-HTTLPR (rs25531), the monoamine oxidase A-upstream variable number tandem repeat (MAOA-uVNTR), and negative life events (NLE). A community-based longitudinal sample of 309 adolescents reported depressive symptoms and NLE at ages 11, 13, and 15. 5-HTTLPR and MAOA-uVNTR genotypes were ascertained via buccal swabs. A significant four-way interaction of 5-HTTLPR, MAOA-uVNTR, NLE at age 13, and gender predicted depressive symptoms at age 15. Girls were most likely to exhibit elevated depressive symptoms when experiencing NLE if they possessed low-expression MAOA-uVNTR alleles and short 5-HTTLPR alleles, whereas low-expression MAOA-uVNTR alleles but long 5-HTTLPR alleles were implicated in boys. The results indicate that the commonly reported 5-HTTLPR by stress interaction for depression may be limited to individuals with low-expression MAOA-uVNTR alleles. These data also provide new evidence that the short allele of 5-HTTLPR confers susceptibility to stress differently for females compared with males. 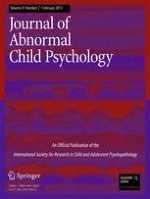