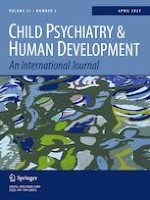 Maternal Sociodemographic Factors Are Associated with Methylphenidate Initiation in Children in the Netherlands: A Population-Based Study

The Power of Systemizing in Autism

Anxiety Symptoms Differ in Youth With and Without Tic Disorders