The Genetic Association Between ADHD Symptoms and Reading Difficulties: The Role of Inattentiveness and IQ | mijn-bsl Skip to main content
TOOLBAR 1 2 3 4
ZOEKEN MENU 1 2 3 4 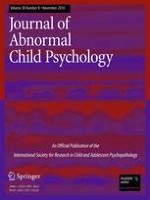