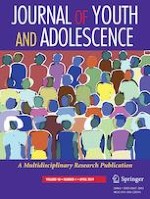 Differences in Sensitivity to Environment Depending on Catechol-O-Methyltransferase (COMT) Gene? A Meta-analysis of Child and Adolescent Gene-by-Environment Studies

Correction to: Age Patterns in Risk Taking Across the World