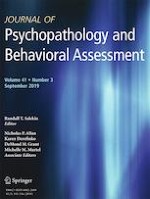 Cultural Differences in Environmental Reward Across Individuals in China, Taiwan, and the United States