Nonmedical Prescription Drug Use (NMPDU) is a growing issue world-wide. Previously, NMPDU comorbidity has been investigated using bivariate approaches, providing a piecemeal understanding of NMPDU’s relationship to other mental disorders. We investigate how NMPDU fits within the multivariate meta-structure of psychiatric comorbidity and how this might vary as a function of gender. Data were collected as part of the National Epidemiological Survey on Alcohol and Related Conditions (NESARC) in 2001–2002 on 43,093 individuals 18 years or older living in the US. The Alcohol Use Disorder and Associated Disabilities Interview Schedule DSM-IV version IV (AUDADIS-IV) assessed psychiatric diagnoses and sedative, tranquilizer, opioid, and amphetamine NMPDU. Using confirmatory factor analysis, NMPDU was introduced into the internalizing-externalizing model of common mental disorders to determine where it best fits. Models were examined separately for men and women and tested for gender invariance. NMPDU was strongly associated with the externalizing factor, and also showed a very small secondary association with the fear subfactor of internalizing. This structure was gender invariant. Differences between men and women’s prevalence rates originate at the level of the latent factors. Results indicate a shared liability to NMPDU and other forms of externalizing psychopathology such as other substance use disorders, as well as antisocial behaviors. Research on NMPDU can benefit from focusing on the externalizing factor, aiming to understand how risk factors for diverse externalizing disorders may also manifest as NMPDU. Prescribers should be particularly attentive to the presence of the entire spectrum of externalizing disorders, as they may signal risk for NMPDU. 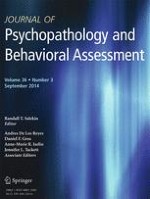