One-hundred-and-sixty jury-eligible participants read a vignette describing a male who was brought to the attention of police for suspicious and aggressive behaviours and displayed atypical behaviours in court. Half of participants were informed that he had autism spectrum disorder (ASD) and were given background information about ASD; the other half received no diagnostic label or information. The provision of a label and information led to higher ratings of the defendant’s honesty and likeability, reduced blameworthiness, and resulted in fewer guilty verdicts, and more lenient sentencing. Thematic analysis revealed that participants in the label condition were more empathetic and attributed his behaviours to his ASD and mitigating factors, while participants in the No label condition perceived the defendant as deceitful, unremorseful, rude and aggressive. 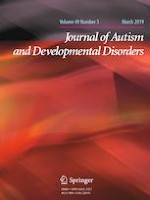 Healthy Mothers Healthy Families Workshop Intervention: A Preliminary Investigation of Healthy Lifestyle Changes for Mothers of a Child with a Disability