Substantial research indicates that individuals with Autism Spectrum Disorder (ASD) have difficulties with Theory of Mind (ToM) abilities, but rarely have studies used a comprehensive battery to measure both the cognitive and affective aspects of ToM. The present study tested this ability in 24 Greek-speaking children with ASD (ages 7–14), and their performance was compared to 24 age-, gender- and language-matched typically developing controls. Results showed that ASD children’s performance was selectively impaired in both ToM aspects, supporting the distinction between ToM components. This is the first study of ToM abilities among Greek-speaking children with ASD, and the findings confirm that children with ASD are experiencing difficulties with socio-emotional understanding across languages and cultures. 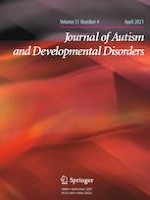