There have been large, recent increases in the number of children and families migrating from Central America to the U.S. to escape regional cartel and gang violence. The rate of trauma exposure in recently immigrated youth from Central America is therefore alarmingly high and current trauma symptom measures have not been evaluated for use in this population. The broad goal of this study was to report on the psychometric properties of one such measure in two studies of recently immigrated youth. Data collected included self-report of recent immigrants from Central America attending public high school in the Southwestern U.S. and caregiver-report from a sample of Central American immigrants who arrived in the U.S. within the last 24 hours and reported on trauma symptoms in their children. Aims included providing descriptive data and examining inter-item correlations and factor structure. Results indicated trauma symptoms far exceeding published cutoff levels as well as adequate internal consistency and inter-item correlations. Findings of the current studies suggest a pressing need for the assessment of trauma symptoms among recently immigrated youth from Central America, in which the rates of exposure and symptoms were striking.
vorige artikel The Effects of Parent, Sibling and Peer Substance Use on Adolescent Drinking Behaviors
volgende artikel Social Norms, Social Connections, and Sex Differences in Adolescent Mental and Behavioral Health 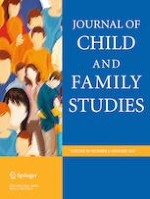 The Work and Social Adjustment Scale for Youth: A Measure for Assessing Youth Psychosocial Impairment Regardless of Mental Health Status

Associations between Mindfulness, Self-Compassion, Difficulties in Emotion Regulation, and Emotional Eating among Adolescents with Overweight/Obesity