Experiences of racial discrimination have been shown to increase risk for alcohol problems. Some individuals may be particularly vulnerable to the negative effects of racial discrimination. However, little research has examined interaction effects between racial discrimination and individual characteristics, such as genetic predispositions and personality, in relation to alcohol outcomes. This study examined whether genetic risk and dimensions of impulsivity moderate the association between racial discrimination and alcohol problems among African American young adults (n = 383, Mage = 20.65, SD = 2.28; 81% female). Participants completed online surveys and provided a saliva sample for genotyping. Results from multiple regression analyses indicated that both blatant and subtle forms of racial discrimination (i.e., experience of racist events and racial microaggressions) were associated with more alcohol problems. Racial microaggressions interacted with dimensions of impulsivity in relation to alcohol problems, such that racial microaggressions were associated with more alcohol problems when negative urgency was high or when sensation seeking was low. There was no significant interaction between alcohol use disorder genome-wide polygenic score and experience of racist events or racial microaggression in relation to alcohol problems, which may partly reflect low power due in part to limited representation of African-Americans in genetic research. The findings highlight the need to increase the representation of African Americans in genetically-informed research in order to better characterize genetic risk and understand gene-environment interaction in this understudied population, as well as the importance of examining impulsivity as a multidimensional construct that interacts with racial discrimination in relation to alcohol outcomes.
vorige artikel A Tri-Directional Examination of Parental Personality, Parenting Behaviors, and Contextual Factors in Influencing Adolescent Behavioral Outcomes
volgende artikel Intention to Stop Bullying following a Condemning, Empathy-Raising, or Combined Message from a Teacher – Do Students’ Empathy and Callous-Unemotional Traits Matter? 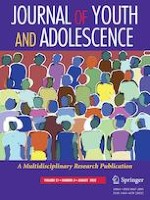 Parental Mediation and Adolescents’ Internet Use: The Moderating Role of Parenting Style