Minority youth, because of structural, ecological, and societal inequalities, are at heightened risk of reporting depression and experiencing negative sanctions associated with delinquency. Sociological theories suggest that greater exposure to ecological risk factors at the peer, family, school and community levels are associated with elevated rates of youth depression and delinquency. Desensitization theory posits that repeated exposures to ongoing stressors result in a numbing of psychological and behavioral responses. Thus, it remains unclear whether racial/ethnic differences exist with regards to how contextual stressors correlate with depression and delinquency. Using a sample of 616 Black, 687 Latinx, and 1,318 White youth, this study explores racial/ethnic differences across four ecological risk factors of risky peers, low family warmth, poor school engagement, and community violence as they relate to youth delinquency and depression. Data were collected through in-school survey of youth from 16 public schools surrounding a major city in the Midwest. Significant racial/ethnic differences provided partial support for the desensitization theory. Among Black youth, the magnitude of relationships between ecological risk factors and delinquency was significantly weaker for three of the four predictors and for all four predictors of depression in comparison to White youth. Among Latinx youth, the magnitude of relationships between ecological risk factors was significantly weaker for depression, but not delinquency, in comparison to White youth. Results indicate that ecological risk factors may have differential associations to youth depression and delinquency, which may call for culturally tailored intervention approaches.
vorige artikel Parenting Factors Predicting Substance Use and Aggression among Latino/a Adolescents: The Moderating Role of Cultural Values
volgende artikel Is the Development of Family Functioning Dependent on Trajectories of Antisocial Behavior? A TRAILS Study 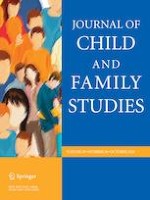