Negative interparental conflict is a consistent predictor of children’s functioning. In the current study, we examined conflict stimuli and children’s cognitive appraisals of their parents’ conflicts as predictors of children’s evaluations of simulated conflict.

A sample of 96 children aged 9–11 years (50 males) viewed brief videotaped depictions of a male and a female actor posing as a married couple enacting conflict scenarios. Children evaluated each actor’s behavior in each video on a continuum from good to bad. Trained coders coded the actors’ positivity and negativity in each video. Children’s cognitive appraisals of their own parents’ conflicts were assessed via questionnaire (e.g., self-blame appraisals). The positivity and negativity codes and children’s cognitive appraisals were tested as predictors of children’s evaluations, and cognitive appraisals were tested as moderators of associations between the codes and children’s evaluations.

Results are discussed in terms of advancing knowledge of children’s cognitions regarding interparental conflict, and ultimately the implications of the results for children’s development and psychological adjustment.
vorige artikel The Relationship Between Parenting Styles Practiced By Grandparents And Children’s Emotional And Behavioral Problems
volgende artikel The Benefits of Family-Centered Care for Parental Self-Efficacy and Psychological Well-being in Parents of Children with Cancer 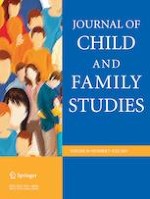 Mothers and Fathers, Sons and Daughters: Parental Knowledge and Quality of the Parent‒Child Relationship as Predictors of Delinquency in Same- and Cross–Sex Parent‒Child Dyads

Self-Compassion and Mindfulness: Modeling Change Processes Associated with the Reduction of Perinatal Depression