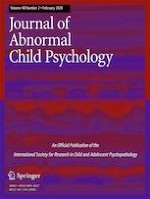 Patterns of Continuity and Change in the Psychosocial Outcomes of Young Autistic People: a Mixed-Methods Study

Protecting Youth Against the Adverse Effects of Peer Victimization: Why Do Parents Matter?