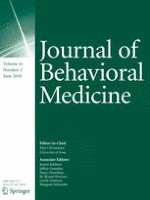 Elevated inflammation in association with alcohol abuse among Blacks but not Whites: results from the MIDUS biomarker study