The purpose of the present study was to examine the independent and joint effects of child gender and informant (mother-report vs. child self-report) on children’s internalizing and externalizing symptoms in an at-risk sample of children of mothers with a history of depression. Data were obtained from mothers with a history of major depressive disorder (N = 149) and their 9- to 15-year-old children (74 males, 75 females) to assess children’s internalizing and externalizing symptoms. Little evidence was found that maternal depression amplified the typical gender differences in the prevalence of depressive symptoms and behavioral problems. Partial support was found for the hypothesis that maternal depression may equalize the rates of symptoms in boys and girls. There was also some evidence that maternal depression may reverse typical patterns of gender differences in depressive symptoms; i.e., using normative T scores to account for expected rates of problems, boys reported more symptoms than girls. Mothers and children reported significantly different levels of problems depending on child gender. Future research should investigate the processes of risk that may lead to changes in the normative patterns of gender differences in the context of maternal depression. 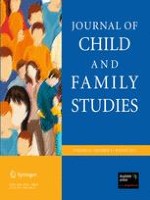 The Impact of Maternal Depressive Symptoms on Adolescents’ Aggression: Role of Parenting and Family Mediators