Exposure to Violence as a Mediator of the CU–Aggression Relationship: on the Importance of Establishing the Causal Direction of Variables in a Path Analysis | mijn-bsl Skip to main content
ZOEKEN MENU 1 2 3 4

The current study sought to determine which of three variables—callous-unemotional (CU) traits, exposure to violence (ETV), and aggressive offending—did the best job of mediating the other two variables. This question was addressed in a sample of 1170 male delinquents from the Pathways to Desistance study using three waves of data and the comparison pathways approach to mediation. Consistent with predictions, ETV successfully mediated the CU–aggression relationship, whereas the two control pathways (ETV → CU → aggression and CU → aggression → ETV) were non-significant. These results suggest that certain variables are better suited to serving as mediators than other variables. Hence, while personality-based constructs like CU traits perform well as independent variables and behavioral measures like aggressive offending make for effective dependent variables, mediation is perhaps best served by social cognitive, affective-motivational, perceptual, and experiential variables, the latter of which is the category into which exposure to violence falls. From a theoretical standpoint, these findings suggest that exposure to violence may trigger or prime aggressive offending in individuals possessing strong CU traits. Exposure to violence may therefore serve as one mechanism with the capacity to link CU traits to later aggressive offending, with implications for both prevention and intervention.
vorige artikel Antisocial Process Screening Device Subscales Predict Recidivism in an Australian Juvenile Offender Sample
volgende artikel Working Memory Mediates Increased Negative Affect and Suicidal Ideation in Childhood Attention-Deficit/Hyperactivity Disorder

Titel
Exposure to Violence as a Mediator of the CU–Aggression Relationship: on the Importance of Establishing the Causal Direction of Variables in a Path Analysis
Auteur
Glenn D. Walters 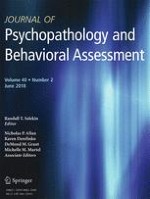