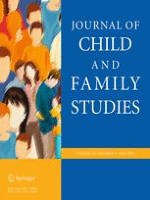 A Protective Factor Against Mental Health Problems in Youths? A Critical Note on the Assessment of Self-Compassion

Mindfulness and Parenting: A Correlational Study of Non-meditating Mothers of Preschool Children

Material Hardships and Social Support Among Australian Families with Children