Research on sexual communication between parents and their children dates back about three decades. But as Lefkowitz (2002) noted, it can be difficult to obtain willing samples due to the sensitive nature of this topic, and representative samples are needed to assure that researchers are capturing perspectives, behaviors, and associations that reflect those of the populations of interest. Adding to a literature with few representative-sample studies on parent–child sexual communication, we report on the present study that employed a representative statewide sample of households with children aged 8–18 years from a large and diverse state in the United States to investigate aspects of parent’s communication about sex with their preadolescent and adolescent children. In the remainder of this article, we use the terms adolescent and adolescents to refer to the pre, early, middle, and late adolescents who were the focus of the questions asked of their parents.
First, we examined the extent to which parents report communicating with their adolescents about sex and sexuality, together with their perceived levels of comfort and knowledge in this sexual communication. In addition, we explored the extent to which parents report difficulties in communicating with their adolescents about sex and sexuality and the types of difficulties they report. Finally, we examined the predictability of sexual communication by demographic characteristics of parents and adolescents, as well as the additional predictive power of parents’ perceived levels of comfort, knowledge, and difficulties experienced.
On the basis of the prior research discussed above, we hypothesized that adolescent and parent age, adolescent and parent gender, parent Hispanic ethnicity, parent education, and parent religious attendance in a typical month would predict extent of sexual communication, that adolescent gender would moderate the effect of parent gender, and that self-reported levels of comfort, knowledge, and difficulties experienced would add additional predictive power when demographic factors are controlled. More specifically, we expected that the number of topics discussed would be greater for parents of older adolescents. We also expected that mothers would report a greater number of topics discussed than would fathers, and that mothers would be more likely to talk with daughters than would fathers, and that fathers would be more likely to talk with sons than would mothers. We also predicted that Hispanic parents, parents with lower educational levels, and parents with more frequent religious attendance would discuss fewer topics. Finally, we expected that parents who report lower levels of comfort and knowledge and parents who report a sexual communication difficulty would talk about fewer topics.

This study employed a subset of data from a list-assisted, random-digit-dial statewide survey we conducted on parental beliefs, preferences, and practices regarding sexuality education and adolescent sexual health services in California (Constantine et al. 2007). The Public Health Institute’s institutional review board reviewed the survey instrument and protocol and declared them exempt. Data collection took place in the spring and summer of 2006.

The sampling frame was based on the population of all households with a telephone in California. The person answering the phone was asked the number of adults and the number of children aged 18 years and younger in the household, and to identify a parent in the household. If a parent was available, he or she was read the informed consent script and then invited to participate. Follow-up appointments were made if the parent was unable to complete the interview at that time. Initial calls were conducted in English, and Spanish-speaking interviewers called back respondents who spoke Spanish. At least ten calls were made to consistently unanswered or busy phone numbers and answering machines.
The total sample consisted of 1,284 parents who completed interviews. A response rate of 53% was calculated using the RR3 method of the American Association for Public Opinion Research (2006). This method divides the number of completed interviews by the estimated number of eligible households called, which is estimated by a formula involving known eligible and ineligible households, and those of unknown eligibility. The total sample was based on subsampling within California’s five all-inclusive regions consisting of groups of counties organized by geographic and demographic similarity. To compensate for the difference in selection probabilities resulting from higher sampling rates in smaller regions, we used stratum weights in this study’s statewide analyses. The resulting design effect attributable to weighting was minimal (1.13).

For the present study, we used a subset of interviews consisting of the 907 parents who had a child between the ages of 8 and 18 years. Demographic data collected about the responding parents included gender, age, Hispanic ethnicity, race, education, and religious attendance in a typical month. Three-fourths of the parents were female, and almost two-thirds were aged 40 years or older. Forty-four percent of the parents were Hispanic, and 40% were non-Hispanic White. In answering the questions used in the present study, parents were asked to focus on their child or one of their children who was between the ages of 8 and 18 years. Demographic data collected about the adolescents included age and gender. The mean age of the adolescents was 12.9 years, and 51.4% were male. For several analyses, adolescents’ ages were collapsed into four categories: preadolescent (ages 8–10 years), early adolescent (ages 11–13 years), middle adolescent (ages 14–16 years), and late adolescent (ages 17–18 years). Because the late-adolescent age category comprised just 2 years, whereas the other three age categories comprised 3 years, fewer adolescents are included in this category than in the others. The demographic characteristics of the responding parents and the adolescents are presented in Table 1.
Table 1
Demographic characteristics of survey respondents and adolescents (N = 907)
Numbers and percentages are weighted

As one part of the interview, we asked parents to respond to a series of three closed-ended and one open-ended question about sexual communication. The first closed-ended question was, “Thinking about your nn year-old, have you ever talked with him (or her) about… (a) the basic facts of human reproduction, (b) issues involved in becoming sexually active, (c) the advantages for a young person of avoiding sexual intercourse, (d) HIV/AIDS and other sexually transmitted infections (STIs), (e) the importance of using protection, such as condoms, to prevent pregnancy or diseases if he (or she) becomes sexually active, and (f) where to get condoms?” Response options were “yes” and “no.” Using the six dichotomous sex education topics, we constructed a 6-item summated scale for number of topics discussed. This scale yielded a coefficient alpha of .86 and a Mokken scale analysis homogeneity coefficient of .73.
The second closed-ended question was, “Overall, how comfortable do you feel talking with your nn year-old about sex and relationships?” Response options were very comfortable, somewhat comfortable, somewhat uncomfortable, and very uncomfortable. The third closed-ended question was, “And how knowledgeable do you feel talking with your nn year-old about sex and relationships?” Response options were very knowledgeable, somewhat knowledgeable, somewhat unknowledgeable, and very unknowledgeable.
The open-ended question was, “What is the most difficult part for you in talking to your child about sex and relationships?” Interviewers probed for clarity as necessary and entered the parents’ responses into the database verbatim. A professional translator later translated the Spanish-language responses, and a second professional translator reviewed the translations for accuracy. Open coding was used to develop substantive categories for parents’ responses to this question. Category development was based on the specific concepts that emerged from open coding and was guided by our general knowledge of the literature. The parents’ responses were coded for what we judged to be the most salient difficulty. The first author independently coded all of the responses and developed a coding dictionary. The second author subsequently coded all of the responses, all differences were resolved (resulting in 100% agreement), and the coding dictionary was revised.

Quantitative analyses were performed using SPSS 15.0 for Windows. We used frequencies and cross-tabulations to summarize the number of topics discussed, parents’ perceived levels of comfort and knowledge in sexual communication, and the difficulties parents reported in sexual communication. Statistical significance, at an alpha level of .05, was assessed by Chi-square test (for expected frequencies of fewer than five, we used Fisher’s exact test or, if computational limits were reached, the Monte Carlo approximation).
We also employed hierarchical regression analyses to examine the relationships between parent and adolescent primary demographic variables, socio-demographic variables, parent perceived comfort and knowledge regarding sexual communication, and parent reported sexual communication difficulties, with the dependent variable number of topics discussed. Because of insufficient sample sizes in the race categories other than White, only the Hispanic versus non-Hispanic ethnicity variable was included in the regression analyses, whereas the non-Hispanic race categories reported in Table 1 were not used. Listwise deletion for missing values was employed for all variables (missing between 0 and 1.1%) except the open-ended item on sexual communication difficulties (missing of 7.2%), for which missing was included as one of two dummy variables (presence of difficulties and missing, vs. the reference category absence of difficulties) to allow for testing the effect of not answering this question. In addition, adolescent gender and parent gender individually and in combination were included to allow for testing of the hypothesized parent–adolescent gender interaction. An alpha level of .05 was used to evaluate statistical significance. Indices of multicollinearity (eigenvalues, condition indices, and variance proportions) were examined, and no problems were identified.

As indicated in the Analytic Plan section, parent and adolescent primary demographic variables, socio-demographic variables, parent perceived comfort and knowledge regarding sexual communication, and parent reported sexual communication difficulties were entered into a series of hierarchical regressions as predictors of number of topics discussed.
Model 1 included the four primary demographic variables—adolescent age, adolescent gender, parent age, and parent gender, as well as the parent–adolescent gender interaction, F(5, 869) = 78.166, p = .000. Adolescent age and the parent–adolescent gender interaction were significant. Across all adolescent age levels, number of topics discussed was consistently higher when the gender of the parent and the gender of the adolescent matched. Probing of the significant parent–adolescent gender interaction following the procedure outlined by Hayes and Matthes (2009) indicated a conditional effect of parent gender on number of topics discussed for female adolescent gender, such that mothers communicated with daughters about sex education topics to a significantly greater extent than fathers did (B = 0.6746, SE B = 0.210, t(5, 872) = 3.214, p = .001), but not for male adolescent gender (B = 0.098, SE B = 0.193, t(5, 872) = 0.507, p = .613).
Model 2 added the three socio-demographic variables (parent Hispanic ethnicity, parent education, and parent religious attendance in a typical month) to Model 1, F inc(3, 866) = 1.261, p = .287. None of the three variables added significantly to the prediction provided by age and gender. Finally, Model 3 added the three psychological variables—parent perceived comfort, parent perceived knowledge, and parent-reported sexual communication difficulties (coded as two dummy variables, presence of difficulties and missing, vs. the reference category absence of difficulties)—to Model 2, F inc(4, 862) = 54.169, p = .000. All of these variables were significant after adjusting for the primary and the socio-demographic variables. The regression analyses results are presented in Table 4.
Table 4
Summary of hierarchical regression analysis for variables predicting number of topics discussed (N = 875)
R2 = .310 for Model 1 (p < .000); ∆R2 = .003 for Model 2 (p > .287), ∆R2 = .138 for Model 3 (p < .000)
* p < .05; *** p < .001 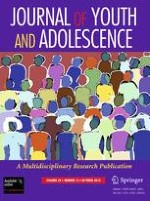