The conjunction fallacy has been cited as a classic example of the automatic contextualisation of problems. In two experiments we compared the performance of autistic and typically developing adolescents on a set of conjunction fallacy tasks. Participants with autism were less susceptible to the conjunction fallacy. Experiment 2 also demonstrated that the difference between the groups did not result from increased sensitivity to the conjunction rule, or from impaired processing of social materials amongst the autistic participants. Although adolescents with autism showed less bias in their reasoning they were not more logical than the control group in a normative sense. The findings are discussed in the light of accounts which emphasise differences in contextual processing between typical and autistic populations.
vorige artikel Memory Awareness for Faces in Individuals with Autism
volgende artikel Onset Patterns Prior to 36 Months in Autism Spectrum Disorders 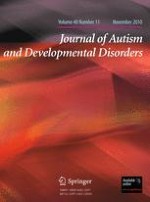 Erratum to: Prenatal and Perinatal Risk Factors for Autism in China

Onset Patterns Prior to 36 Months in Autism Spectrum Disorders

Keiko Kobe: With the Light: Raising an Autistic Child (Volume 3)

Prenatal and Perinatal Risk Factors for Autism in China