Suicide and parasuicides (i.e. suicidal ideation and suicidal attempt) have long been recognized as serious social problems, especially among youth. A series of logistic regression models were developed incorporating various internalizing and externalizing risk factors experienced by young people with the goal of predicting parasuicides among Canadian youth. The main objective of the research is to determine whether or not there are significant sex differences between these internalizing and externalizing influences on suicidal behavior. Data were used from the National Longitudinal Study of Children and Youth—Waves 3 through 6, for a total sample of 2,499 15-year olds (48.9% male). Results show that both suicidal ideation and attempt are more frequent for girls compared to boys. Contrary to expectations, externalizing problems had a greater impact on girls and internalizing problems had a marginally greater impact on boys. This casts doubt on the notion that “bad boys” and “sad girls” are at greater risk for suicidal behavior. These results are discussed in light of their substantive importance, policy implications, and suggestions for future research.
vorige artikel Perceived Dimensions of Parenting and Non-suicidal Self-injury in Young Adults
volgende artikel How Much Detail Needs to be Elucidated in Self-Harm Research? 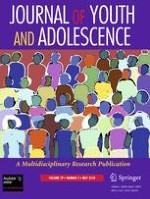 How Much Detail Needs to be Elucidated in Self-Harm Research?