Throughout history, whether or not citing Superior Orders is a legitimate defense for unlawful actions during wartime has been an issue of heated debate. Perhaps the most well-known litigations involving Superior Orders were the Nuremburg Trials of 1945–1946 in which many German officers admitted to committing humanitarian atrocities during the Holocaust, yet maintained a stance of innocence on the grounds of “Befehl ist befehl”, or “An order is an order” (Green 1976, p 336). The German officers court martialed throughout the Nuremburg Trials argued that they were not guilty of wartime crimes because they were carrying out orders from their superior officers. Essentially, the officers’ defensive arguments were based on the recognition of role conflict between their professional duties to their superior military officers and their moral duties to humanity. The general consensus reached during the trials held that a Superior Orders defense is not grounds enough to create innocence for unlawful crimes. In other words, it was found that professional interests are not held above basic moral interests. While the Nuremburg Trials are an extreme example, its cases provide practical knowledge for determining right and wrong in everyday life. The issues of professional duty vs. civil duty is discussed in Anne Corbin’s book, Dilemma of Duties: The Conflicted Role of Juvenile Defenders, where she examines role conflict experienced by Juvenile Defenders while ethically advocating for juveniles in the juvenile justice system. Specifically, she relates the poor quality of juvenile representation observed in modern courtrooms to role ambiguity and role conflict experienced by Juvenile Defenders while advocating for their clients. Corbin claims that the role ambiguities and role conflicts stem from the expressed-versus best-interest dichotomy of the juvenile justice system. She presents both role conflict and the expressed-/best-interest dichotomy as convincing targets for meaningful reform of the juvenile justice system. …
vorige artikel Developmental Changes in Emotion Regulation during Adolescence: Associations with Socioeconomic Risk and Family Emotional Context
volgende artikel Janina Scarlet: Dark Agents, Book One: Violet and the Trial of Trauma 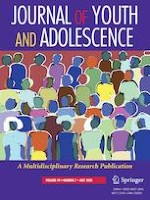 Parallel Changes in Ethnic/Racial Discrimination and Identity in High School

Janina Scarlet: Dark Agents, Book One: Violet and the Trial of Trauma