School bullying is a serious social problem that results in potentially severe and long lasting consequences for youth, parents, teachers, and school officials. Commensurate with the serious nature and outcomes of bullying, there has been a number of bullying prevention and intervention programs and measures in schools. The current review provides a synthesis and evaluation of the existing research on bullying prevention and intervention strategies in South Korean schools, set within Bronfenbrenner’s social–ecological contexts, including the micro- (i.e., family, peer, school), meso- (i.e., family–school), and macro- (i.e., religion, policies) systems. We also discuss the strengths and limitations of the research reviewed and provide directions for future research focusing on major empirical gaps in the literature on bullying prevention and intervention strategies in South Korea. 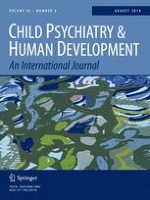