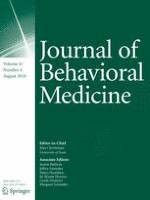 To protect or not to protect: examining reasons for sun protection among young women at risk for skin cancer