The Intergenerational Transmission of Values in National and Immigrant Families: The Role of Zeitgeist | mijn-bsl Skip to main content
TOOLBAR 1 2 3 4
ZOEKEN MENU 1 2 3 4

Correspondence in value orientation between parents and their offspring may be due to actual transmission processes between generations, but it may also be due to influences from the general value context in society that are common to parents and their offspring. This common value context is referred to as Zeitgeist. The present study deals with one family relationship value (i.e., parents’ and adolescents’ obligations toward the family). Participants were 1,252 immigrant and 726 national adolescent–parent dyads from 10 Western countries. There were significant relationships between the value placed on family obligations among parents and offspring, and these were independent of gender. Zeitgeist effects, both intergenerational and intragenerational, were found. The strength of these Zeitgeist effects depended on the basis for defining Zeitgeist, either a person’s own ethnic group or the wider community including both nationals and immigrants. For explaining national adolescents’ acceptance of their family obligations, both the ethnic and the national Zeitgeist played a role, whereas in the immigrant groups only the ethnic Zeitgeist played a significant role. In short, in an immigration context it makes sense to distinguish the influence of a person’s own ethnic group from the influence of the wider community, including other ethnic groups. Explanations are suggested and implications are discussed. 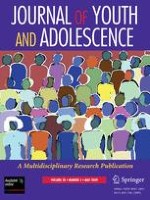