The haemodynamic effect of addition of RVapex stimulation to LV stimulation differs widely among patients receiving CRT. Poor RV function is associated with poor response to LV but not BiV stimulation. 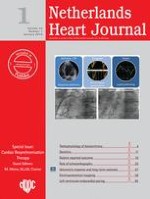 Getting the LV lead to the right spot

Association of apical rocking with super-response to cardiac resynchronisation therapy

Pathophysiology of dyssynchrony: of squirrels and broken bones