Children of affluent parents are often excluded in psychological research as they are considered to be at “low risk”; however, research is beginning to suggest that this previously under-studied population may be at risk for developing multiple problem behaviors, including substance use and externalizing problems. The current study aimed to extend the application of Problem Behavior Theory (PBT) to a sample of affluent adolescents by examining the extent to which these behaviors co-occurred and were associated with negative outcomes. Data were collected from 1,147 high school students living in an affluent community via anonymous questionnaires regarding their engagement in various problem behaviors. PBT was supported in this sample, and youth who engaged in multiple problem behaviors reported experiencing more negative outcomes than youth who did not engage in these behaviors. The findings of this study support the generalizability of PBT and also highlight the importance of continuing to study affluent youth in addition to traditionally high-risk populations.
vorige artikel Adolescents’ Perceptions of Family Connectedness, Intrinsic Religiosity, and Depressed Mood
volgende artikel Chen Z. Oren and Dora C. Oren: Counseling Fathers 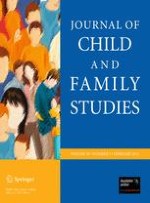 The School Adjustment of Rural Adolescents with and Without Disabilities: Variable and Person-Centered Approaches

Black Boxing Restraints: The Need for Full Disclosure and Consent

Exploring the Relationship Between Gender, Mental Health Needs, and Treatment Orders in a Metropolitan Juvenile Court