During the last two decades of the 20th century, psychological science rediscovered religiosity/spirituality (R/S) as a legitimate subject matter in understanding the human experience. In large measure, this renewed interest was motivated by the positive association between this variable and health (physical and mental) reported in much of the literature. If the described relationship between R/S and health is accurate, the question of how such an influence might be realized becomes important and subject to empirical investigation. The present paper develops a rationale for why such an outcome might be expected and describes various physiological mechanisms that could mediate the effect of R/S on health. 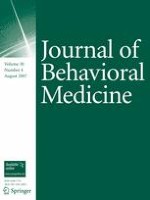 Exploring the Relationship between Spirituality, Coping, and Pain

Religiosity/Spirituality and Behavioral Medicine: Investigations Concerning the Integration of Spirit with Body