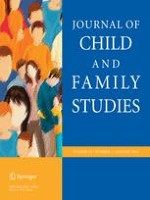 What Happens in Therapy? Adolescents’ Expectations and Perceptions of Psychotherapy

The Effects of Family Type, Family Relationships and Parental Role Models on Delinquency and Alcohol Use Among Flemish Adolescents