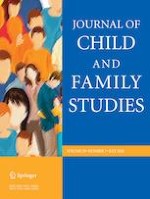 Does Children’s Mentalizing Mediate the Role of Attachment and Psychological Maladjustment in Middle Childhood?