Child mental illness impacts the entire family, and previous research has consistently found that parenting children with mental health disorders is psychologically distressing. The study’s purpose was to delineate the stressors for which parents request advice and the online interactions in which often isolated parents engage. We coded the content of 146 posts written by parents of 77 daughters and 69 sons ages 5 to 18 years with AD/HD, bipolar disorder, and depressive and anxiety disorders (M age = 10) on four publicly accessible internet forums. Most posters were mothers, most wrote to seek information or advice, and most received advice from other women. Parents posted on a wide range of parental concerns, most frequently the effects of children’s illness on themselves, specifically feelings of helplessness, their need for advice on their own coping, and the stress of child discipline. Parents frequently also expressed concern about child symptoms, especially poor academic performance, and had questions about efficacy, side effects of, and noncompliance with medication. Parents’ concerns did not differ by child diagnosis, gender, or age. However, parents of children with AD/HD only were significantly less likely to describe parent-child verbal or physical conflict than other forum parents. Future research should create empirically based recommendations for effective discipline and medication management that reflects parents’ concerns. 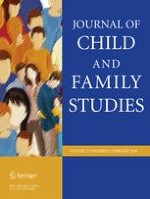