Learning the Affective Value of Others in Schizophrenia: Examining the Role of Negative Symptoms and Cognitive Deficits | mijn-bsl Skip to main content
TOOLBAR 1 2 3 4
ZOEKEN MENU 1 2 3 4

Prior research has examined the hypothesis that negative symptoms, such as anhedonia and lack of motivation, are caused by impaired memory for positive or rewarding experiences. Results have been inconsistent and less work has examined memory for socially-relevant information. The current study employed a repeated measures design to assess immediate and delayed recall of valenced material among 50 individuals with schizophrenia or schizoaffective disorder and 25 demographically-matched controls. We examined the contribution of negative symptoms and cognitive deficits to the recall of positive material on two different tasks: 1) recall for valenced words and 2) the associative learning of valenced social acts paired with facial stimuli. Results indicated that for the word list recall task, individuals with schizophrenia recalled fewer negative words during the immediate recall phase than controls. On the social affective learning task, individuals with schizophrenia, compared to controls, demonstrated poorer learning of positive social behavior associations. Within individuals with schizophrenia, cognitive impairment, but not symptoms, was related to poorer performance on both tasks. In controls, symptoms reflecting deficits in social motivation and pleasure (but not cognitive functioning) were associated with poorer performance in learning associations with positive social behaviors on the affective learning task. Findings suggest that poor learning and recall of positive information in schizophrenia is particularly salient for social stimuli and that reduced recall of social information in schizophrenia is related to general cognitive ability but not negative symptoms. Implications for findings and future directions are discussed. 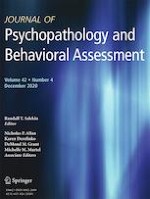 A Day in the Life of Borderline Personality Disorder: A Preliminary Analysis of Within-Day Emotion Generation and Regulation