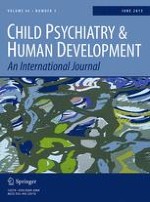 How do Maternal PTSD and Alexithymia Interact to Impact Maternal Behavior?

Measuring Parenting Practices and Family Functioning with Brief and Simple Instruments: Validation of the Spanish Version of the PAFAS