Robust associations between adverse childhood experiences and shortened telomere length exist, but few studies have examined factors that may moderate this association, particularly with a resilience framework. The present study examined the association between exposure to childhood sexual abuse (and abuse severity) and mean telomere length, and whether social support and optimism moderated this association. The sample included 99 White monozygotic female twins, ranging in age from 35 to 70 (Mage = 52.74, SD = 8.55 years), who provided a blood sample for telomere assay, and data on their childhood sexual abuse history, trait optimism, and current social support. Linear mixed effects models were employed to test study hypotheses. There were no effects of exposure to abuse or abuse severity on mean telomere length, nor were there main or moderating effects of optimism, in analyses of the full sample. However, in analyses that only included women exposed to abuse, there was an abuse type × support interaction: among women who experienced abuse in forms other than intercourse, higher levels of social support were associated with longer mean telomere length. Findings from the current study clarify the role of childhood sexual abuse in telomere attrition, and identify one factor that may protect against the negative biological effects of childhood sexual abuse. 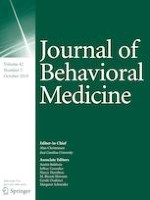 Factors affecting linkage to HIV care and ART initiation following referral for ART by a mobile health clinic in South Africa: evidence from a multimethod study