The study population consisted of 65 consecutive patients (32 women, mean age: 50.6 ± 15.2 years, age range: 21–71 years; 33 men, mean age: 50.6 ± 15.7 years, age range: 22–81 years). Patients were those who were referred to exclude structural heart disease (27.7 %) as part of evaluation of hypertrophic heart disease, ARVD and dilated cardiomyopathy, ischaemic heart disease (55.4 %) and myocarditis (16.9 %). All subjects were shown to be free of heart disease based on the current available guidelines for CMRI ( 1, 13– 16). All the participants provided written informed consent. All the study procedures were in accordance with the ethical standards outlined in the 1975 Declaration of Helsinki, as revised in 1983.

The 3.0 Tesla magnetic resonance system (Signa HDxt 3.0 T, General Electric’s, Milwaukee, USA) uses an 8-channel cardiac coil and prospective electrocardiographic wave triggering. Real-time scout images in axial, sagittal, and coronal planes were used to localise the cardiac position within the thorax. From ventricular apex to base ECG-triggered, breath-hold, balanced steady-state free precession sequences (SSFP) images were obtained in the short-axis, two-chamber, horizontal long axis (HLA) and transverse view to display cardiac function.
Parameters were as follows: echo time: 1.6 ms, repetition time =3–6 ms, slice thickness: 8 mm, field of view: 42× 42 cm, read matrix: 256, phase matrix: 256, frames: 26, flip angle: 45°. Ventricular analysis was undertaken by cardiac post-processing software (Report Card 4.0, General Electric’s), which is routinely used for ventricular volume and function analysis. Contraction patterns of the RV free wall were assessed in cine mode in each section plane. Based on a standardised segmental model for the right ventricle, areas of disordered RV wall motion were evaluated and classified ( 10). The right ventricle was divided into 11 segments, which are evaluated in three planes (short-axis, transverse and HLA plane) in each subject (Fig.  1). WMA were classified as hypokinesia and dyskinesia (in ventricular systole), and bulging (in ventricular diastole) (Fig.  2). In order to further classify the spatial relationship of the affected areas to the moderator band and trabecular muscles, we used the following nomenclature: 1. WMA that are situated between the trabecular muscles, 2. proximal WMA are located mediolaterally, 3. distal WMA are apicolateral and 4. upper WMA are above the insertion of the moderator band. The slices of the various section planes that showed WMA were counted. The size of each WMA was marked in each slice with a cursor and measured by using a conventional software program.
×
×

In this study, we have provided a qualitative description of normal variations in RV morphology as observed by CMRI. The main results of this study are the presence of WMA as hypokinesia, dyskinesia and bulging in 92 % of all subjects and the involvement of two or more segments in 60 %. However, the size of the focal WMA was small. No WMA were found in the basal region of the right ventricle; however, most WMA were predominately located in the apicolateral and mediolateral segments with a close spatial relation to the moderator band (79.3 %) and trabecular muscle (19.3 %).
The moderator band or septomarginal trabecula is a constant element of the anatomy of the human right ventricle, characterised by two features: bonding the interventricular septum with the anterior wall of the right ventricle, and its connection with the anterior papillary muscle ( 17). It could be argued that, because of the close spatial relation, the WMA are due to restraint of the right ventricular free wall by the moderator band ( 10). On the other hand, the angular variation in RV orientation in the chest may deliver another possible explanation.
Fritz et al. described three major appearances of the right ventricle on images ( 18). In particular, the box-shaped right ventricle is present in approximately 40 % of normal individuals. This shape is characterised by a nonlinear anterior wall and was frequently associated with focal ‘outpouching’. This focal bulging can easily be mistaken for a pathological regional wall motion contraction.
Finally, the cause of the WMA detected in our healthy cohort will remain a matter of speculation. But the key question is how to differentiate between nonpathological wall motion disorders and pathological WMA to prevent misdiagnosis.
This is an important implication for the CMRI diagnosis of several diseases, in particular for ARVD, in which apparent bulging could be mistaken for pathological WMA or structural defect. The consequences of misinterpretation of the right ventricle by CMRI have been documented ( 11, 12). The clinical diagnosis of ARVD is complex. Reflecting ARVD studies in general, no ‘gold standard’ for the diagnosis is present. The diagnosis is based on major and minor criteria which take into account structure, function, family history, histology, documented arrhythmia and ECG abnormalities ( 1). The complexity of diagnosis combined with the potentially devastating consequences of missing the diagnosis frequently precipitates further testing, including CMRI. A definite diagnosis consists of 2 major, or 1 major and 2 minor or 4 minor criteria from different categories. Besides severe dilatation and reduction of the RV ejection fraction, CMRI major diagnostic criteria include localised RV aneurysms (akinetic or dyskinetic areas with diastolic bulging). In the present report 9.3 % of our healthy cohort show dyskinetic areas with concomitant diastolic bulging. Unfortunately, a clear definition, including size and localisation, is not given. Therefore, as outlined above, the ARVD aneurysm criterion on CMRI can be mimicked by either common diseases in uncommon presentations or even by nonpathological wall motion disorders in healthy subjects. A segmental model for the right ventricle, which additionally takes the individual shape of the right ventricle into account, might be helpful for standardisation of the findings and facilitating the comparison of the results of follow-up examinations.
Because it is often very difficult to differentiate normal from pathological CMRI findings, we recommend that interpretation should be performed by well-experienced examiners.
The present study emphasises the advantage of the horizontal long-axis plane. The HLA view is a standardised image plane that is aligned along the long axis of the heart centred at the midventricular level.
In healthy subjects, longitudinal RV shortening is predominant over circumferential RV shortening ( 19– 21). This may be the reason why measurements of the diameter of WMA in the transverse plane are significantly shorter than in the HLA plane. The transverse plane it is not orthogonal relative to the inherent axis of the heart. However, in our study there was no significant difference in the prevalence of the WMA seen in the two views.
Furthermore, the fact that RV contraction is predominantly longitudinal provides an explanation why only bulging is detectable in the short-axis plane. This means that in healthy subjects the HLA plane and the transverse plane clearly show advantages in detecting WMA as dyskinesia and hypokinesia compared with the short-axis plane.
As shown previously, in the heavily mechanically stressed right ventricle, there is a shift from longitudinal to circumferential shortening when compared with the normal right ventricle ( 22). Consequently, the so-called ‘systemic right ventricle’ contraction pattern resembles that of the normal left ventricle. Therefore, evaluation of WMA of the right ventricle should always carried out and interpreted in regard of the underlying disease.
In conclusion, WMA in the right ventricle are common. Tethering of the free wall by the moderator band or a nonlinear shaped right ventricle are the main reasons for this. In the light of the above, one should be aware that these nonpathological wall motion disorders can easily be mistaken for pathological regional wall motion contraction, particularly in ARVD where to date, clear wall motion criteria are lacking.

Some limitations of the current study should be noted. We acknowledge that this study was based on a small patient cohort. Thus description of normal variations in RV morphology as observed by CMRI are not necessarily definitive and should only be regarded as hypothesis-generating for study in larger patient cohorts.
The subjects included in the study had been referred to our hospital for routine cardiac investigation. All subjects were shown to be free of heart disease based on the current available guidelines for CMRI. However, we cannot exclude that we detected pathologies mimicked by either common diseases in uncommon presentations or rare diseases with typical presentations.

The authors declare that they have no conflicts of interest in the research.

None.
Open Access This article is distributed under the terms of the Creative Commons Attribution License which permits any use, distribution, and reproduction in any medium, provided the original author(s) and the source are credited. 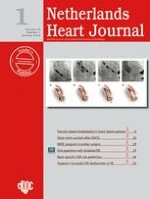