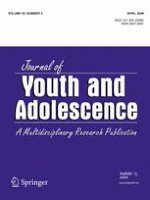 Correlates of Ideal Body Size Among Black and White Adolescents