Continuity and Changes in the Developmental Trajectories of Criminal Career: Examining the Roles of Timing of First Arrest and High School Graduation | mijn-bsl Skip to main content
TOOLBAR 1 2 3 4
ZOEKEN MENU 1 2 3 4

Early onset of criminal career is one of the most robust predictors of persistence in offending. However, many antisocial children do not become chronic adult offenders. Using longitudinal data of young male offenders in the California Youth Authority, we examined trajectories of criminal behavior from childhood to adulthood. We particularly focused on the main and interaction effects of age at their first arrest and completion of high school education. First, we found that, on average, cumulative crime trajectory was curvilinear, with a subtle increase in childhood followed by a rapid increase in late adolescence and a slow down in adulthood. Second, earlier starters had a steeper cumulative growth in criminal behavior over time. Third, finishing high school served as a potential turning point in offenders’ lives, particularly for later starters. The results highlight that continuity and desistance in crime can be partially understood by timing of significant events and heterogeneity in response to turning points. 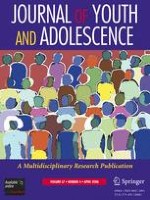 Self-Control, Social Factors, and Delinquency: A Test of The General Theory of Crime Among Adolescents in Hong Kong