» Naar de samenvatting
Belangrijke opmerkingen
Publisher’s Note
Springer Nature remains neutral with regard to jurisdictional claims in published maps and institutional affiliations.
The data that support the research findings presented here are available on the Open Science Framework at https://​osf.​io/​fxryu/​?​view_​only=​acd916c802184e5f​89039bf06841fda0​.

Study 1 provides evidence that self-persuasion may be used effectively to reduce children’s hostile attribution bias. Moreover, we found that, among boys, this approach may reduce aggressive behavior as assessed using a behavioral measure following an in vivo provocation. We observed no aggression reduction as reported by teachers over the course of the week following the self-persuasion manipulation.

Study 2 builds on Study 1 in several ways: First, we wanted to replicate the Study 1 findings for hostile attribution bias. Second, given that in Study 1 we found little aggression among girls on the in vivo task, in Study 2, we investigated the effects of self-persuasion on a second in vivo task designed to assess relational aggression. Gender differences in the prevalence of relational aggression tend to be relatively small or non-existent (Card et al. 2008). Third, following persuasion theory, we tested whether self-persuasion leads to larger reductions in children’s hostile attribution bias than persuasion by others. Direct attempts at persuasion may lead children to reject the intervention’s message, whereas self-persuasion should promote ownership of the message (Aronson 1999; Atkins et al. 1967). By directly comparing these approaches, we aimed to better understand how attribution retraining can be effectively delivered.

was obtained from one of the parents of all individual participants included in the study.

The authors declare that they have no conflict of interest.
Open Access This article is distributed under the terms of the Creative Commons Attribution 4.0 International License (http://creativecommons.org/licenses/by/4.0/), which permits unrestricted use, distribution, and reproduction in any medium, provided you give appropriate credit to the original author(s) and the source, provide a link to the Creative Commons license, and indicate if changes were made.
Publisher’s Note
Springer Nature remains neutral with regard to jurisdictional claims in published maps and institutional affiliations.
The data that support the research findings presented here are available on the Open Science Framework at https://​osf.​io/​fxryu/​?​view_​only=​acd916c802184e5f​89039bf06841fda0​. 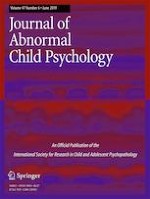 Cognitive and Emotional Profiles of CU Traits and Disruptive Behavior in Adolescence: a Prospective Study