There is an ancient story of how shoes came to be invented.

Once upon a time, a long long time ago, it seems, there was a princess who, while walking one day, stubbed her toe on a root sticking out in the path. Vexed, she went to the prime minister and insisted that he draw up an edict declaring that the entire kingdom should be paved in leather so that no one would ever have to suffer from stubbing a toe again. Now the prime minister knew that the king always wanted to please his daughter in any and every way, and so might be appealed to to actually cover the kingdom in leather, which, while it might solve that problem and make the princess happy and save everybody from the indignity of stubbed toes, would be sorely problematic in many ways, to say nothing of expensive. Thinking quickly [I won’t say “on his feet”], the prime minister responded: “I have it! Instead of covering the whole kingdom in leather, Your Highness, why don’t we craft pieces of leather shaped to your feet and attach them in some suitable way? Then, wherever you go, your feet will have protection at the point of contact with the ground, and we will not have to incur such a large expense and forgo the sweetness of the earth.” The princess was well pleased with this suggestion, and so shoes came into the world, and much folly was averted.

Titel
The Origin of Shoes: a Tale
Auteur
Jon Kabat-Zinn 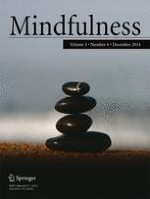 The Influence of Therapist Mindfulness Practice on Psychotherapeutic Work: A Mixed-Methods Study