The Cost of Being Cool: How Adolescent Pseudomature Behavior Maps onto Adult Adjustment | mijn-bsl Skip to main content
ZOEKEN MENU 1 2 3 4

During adolescence, one's status among peers is a major concern. Such status is often largely a function of popularity and establishing oneself as “cool.” While there are conventional avenues to achieving status among adolescents, engaging in adult-like, or pseudomature, behaviors such as substance use or sexual activity is a frequent occurrence. Although past research has examined the consequences of adolescent delinquency, what remains unclear is the long-term fate of adolescents who are both popular and antisocial. Using data from a sample of African American males (N = 339) we employ latent class analysis to examine the adult consequences of achieving popularity during adolescence by engaging in pseudomature behavior. Our results identified four classes of adolescents: the conventionals, the pseudomatures, the delinquents, and the detached. The conventionals were low on popularity, pseudomature behavior, and affiliation with deviant peers but high on academic commitment. The pseudomatures were high on popularity, adult-like behavior, and academic commitment but low on affiliation with delinquent peers. The delinquents were low on popularity and school achievement but high on pseudomature behavior and affiliations with delinquent peers. Finally, the detached were low on school commitment, popularity and pseudomature behavior but they report high involvement with a delinquent peer group. By early adulthood, the costs of adolescent adult-like behavior were evident. Early popularity and academic commitment did not portend later social competence or college completion for the pseudomatures. Instead, they frequently experienced an early transition to parenthood, a likely consequence of precocious sexual activity. These findings suggest that interventions should not focus only on the most delinquent adolescents but also need to attend to the pseudomature students who are brimming with promise but are flirting with behaviors that may subvert realization of this potential.
vorige artikel The Role of Sensation Seeking and R-rated Movie Watching in Early Substance Use Initiation
volgende artikel Interpersonal Relationships as Protective and Risk Factors for Psychopathy: A Follow-up Study in Adolescent Offenders 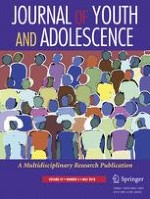 Age Patterns in Risk Taking Across the World

Self-esteem in Early Adolescence as Predictor of Depressive Symptoms in Late Adolescence and Early Adulthood: The Mediating Role of Motivational and Social Factors

Ben Kirshner: Youth Activism in an Era of Education Inequality