Relatively little is known in terms of the relationship between religiosity profiles and adolescents’ involvement in substance use, violence, and delinquency. Using a diverse sample of 17,705 (49 % female) adolescents from the 2008 National Survey on Drug Use and Health, latent profile analysis and multinomial regression are employed to examine the relationships between latent religiosity classes and substance use, violence, and delinquency. Results revealed a five class solution. Classes were identified as religiously disengaged (10.76 %), religiously infrequent (23.59 %), privately religious (6.55 %), religious regulars (40.85 %), and religiously devoted (18.25 %). Membership in the religiously devoted class was associated with the decreased likelihood of participation in a variety of substance use behaviors as well as decreases in the likelihood of fighting and theft. To a lesser extent, membership in the religious regulars class was also associated with the decreased likelihood of substance use and fighting. However, membership in the religiously infrequent and privately religious classes was only associated with the decreased likelihood of marijuana use. Findings suggest that private religiosity alone does not serve to buffer youth effectively against involvement in problem behavior, but rather that it is the combination of intrinsic and extrinsic adolescent religiosity factors that is associated with participation in fewer problem behaviors. 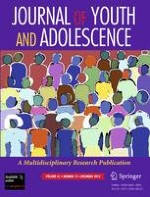