Pulmonary arterial hypertension (PAH) is a severe, progressive disease, which can present idiopathically or secondary to conditions such as systemic sclerosis or congenital heart disease (CHD) [1]. In the setting of CHD-PAH a systemic-to-pulmonary shunt and increased volume overload ultimately lead to adaptations of pulmonary vasculature and endothelial dysfunction. The classification of CHD-PAH has recently been updated to include four categories: (1) Eisenmenger syndrome, (2) PAH associated with systemic-to-pulmonary shunts, (3) PAH with small septal defects and (4) PAH after corrective cardiac surgery or intervention. Three classes of advanced therapy for PAH are currently in use: prostanoids such as epoprostenol, endothelin-1 receptor antagonists such as bosentan and phosphodiesterase 5 inhibitors such as sildenafil.

Nowadays, all patients with class III Eisenmenger syndrome should be treated according to the current guidelines, based on a class IC recommendation [2]. In our nationwide study with a standardised treatment protocol we observed a prolonged beneficial effect of bosentan treatment on exercise capacity, echocardiographic stroke volume and quality of life in CHD-PAH patients (79% Eisenmenger syndrome) [3]. In Eisenmenger patients with Down syndrome a stabilisation of clinical parameters was seen.

Indications for advanced therapy are expanding. In NYHA functional class II PAH patients, short-term efficacy of bosentan has been demonstrated. Moreover, prevention of clinical deterioration should be considered an important treatment goal.
Some patients with complex CHD have peripheral pulmonary artery stenosis resulting in local variation of pulmonary artery arterial pressure. Consequently, some segments of pulmonary tissue have higher pressures than others; therefore, the term segmental PAH has been suggested to describe this situation [4]. Our group has reported a case series with segmental PAH demonstrating improvement of NYHA functional class and exercise capacity after 12 months of bosentan treatment.

Patients with septal defects and severe or irreversible PAH are by convention ineligible for cardiac surgery. However, a number of these patients can benefit from advanced therapy as a bridge to surgical intervention. In the literature a few cases have been reported on CHD-PAH patients who became eligible for cardiac surgery after bosentan treatment [5].
CHD patients who undergo cardiac surgery tend to have a decline in right ventricular function, and advanced therapy might be useful to prevent this decline. Cardiopulmonary bypass initiates an endothelin-1 release, which induces vasoconstriction of the pulmonary arterioles resulting in elevation of the pulmonary vascular resistance (PVR). In a small study, perioperative treatment with a selective endothelin-1 receptor antagonist led to a significant decrease in PVR compared with the control group [6]. A study on sildenafil treatment one week upon institution of cardiopulmonary bypass in 23 children with PAH found shortening of cardiopulmonary bypass time, mechanical ventilation time, and length of intensive care unit and hospital stays [7]. Large prospective randomised trials are needed to confirm this hypothesis and to show clinical benefit in CHD patients.

Another patient category that might benefit from advanced therapy is patients with a Fontan circulation. Low PVR is crucial for Fontan patients. Advanced therapy, which acts on PVR, might lead to an increase in transpulmonary flow and ventricular preload and thereby improve cardiac output and exercise performance in Fontan patients. In a first randomised double-blind placebo-controlled trial, Goldberg et al. found an improvement in ventilatory efficiency and submaximal exercise capacity after six weeks of sildenafil treatment [8]. However, no significant improvement in six-minute walking distance was seen in a small group (n = 10) of failing Fontan patients treated with bosentan for 12 weeks. In the Netherlands, we are currently performing a prospective randomised trial on bosentan in Fontan patients; the results are expected in spring 2012.

Recent research in non-CHD patients has provided new insights into the pathophysiology, diagnosis and management of PAH [5, 9–11].
The pathophysiological changes of the pulmonary arteries in pulmonary hypertension include endothelial damage and proliferation and hypercontractility of vascular smooth muscle cells. However, inflammation may also be involved in the pathogenesis of PAH. Some patients with idiopathic PAH have immunological disturbances (e.g., circulating autoantibodies, such as antinuclear antibodies) and elevated circulating levels of pro-inflammatory cytokines (e.g., interleukin-1 and -6) [12]. It has been demonstrated that Rho-kinase is upregulated by inflammatory stimuli, and the Rho-kinase pathway may play an important role in the development of PAH. Efficacy of fasudil, a Rho-kinase inhibitor, is currently under investigation.
Platelet-derived growth factor (PDGF) and its receptor (PDGFR) have also been implicated in the pathobiology of PAH. PDGF induces proliferation and migration of human pulmonary artery smooth muscle cells. Imatinib, a tyrosine kinase inhibitor of PDGFR, has been shown safe in PAH patients and a Phase III efficacy trial is in progress [13].
Results of these ongoing studies on fasudil and imatinib should be awaited, and similar studies should be started in CHD-PAH patients. 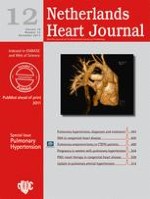 Advanced therapy for pulmonary arterial hypertension due to congenital heart disease: a clinical perspective in a new therapeutic era