To study the effect of percutaneous patent foramen ovale (PFO) closure in divers with a history of decompression sickness (DCS).

(1) Retrospective study of patient records and (2) telephonic follow-up. Patients with unexplained decompression sickness, who were referred to a cardiologist with a focus on diving medicine between 2000 and 2017, were included in the study

A total of 62 divers with DCS were included. In all cases transoesophageal echocardiography (TEE) was performed, showing 29 PFOs and 6 atrial septum defects (ASDs) in total n = 35 (56%). The highest prevalence was found in divers with cutaneous and vestibular DCS. At follow-up (mean follow-up duration 6.8 years), 21 PFOs/ASDs were closed using a percutaneous procedure. One diver was lost to follow-up. One diver quit diving. The remaining divers were able to resume unrestricted diving; there was no recurrence of major DCS. Of the divers with an open PFO or ASD, 14 were included of whom 7 are currently diving. All (except one diver with a small PFO) divers are using a conservative diving profile to reduce nitrogen load and the appearance of venous nitrogen bubbles. There was no recurrence of major DCS in this group. 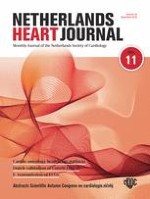 Towards evidence-based management of patients treated with cardiotoxic chemotherapy: A collaborative effort of cardiologists and oncologists

Mind the gap: closure of right to left shunts for rare indications