For women with borderline personality disorder (BPD) mindfulness may provide a significant avenue for change and lead to an improved sense of well-being. In the current study, we examined the predictors of emotional well-being as well as the relationship between mindfulness and healthcare utilization. We employed a correlational design assessing 165 women diagnosed with BPD who were engaged in dialectical behavior therapy (DBT) and learning mindfulness skills. The participants ranged in age from 18 to 68 years and were solicited from five DBT treatment programs in five different states. Using the Five Facet Mindfulness Questionnaire, the Medical Outcomes Study measure of emotional and physical well-being, and the Multidimensional Scale of Perceived Social Support, we examined two hypotheses. The first hypothesis stated that emotional well-being would be predicted by mindfulness, social support, general physical health, and physical functioning with mindfulness as the strongest predictor of emotional well-being. As anticipated, mindfulness was the strongest predictor of emotional well-being followed by social support. The second hypothesis that mindfulness would be associated with healthcare utilization, specifically the number of prescription medications and the number of medically related office visits in the past 3 months was only partially supported. Women who reported greater incorporation of the mindfulness skills they learned in DBT reported less frequent healthcare usage; however mindfulness was unrelated to prescription medication use. The findings support the importance of the core skills of mindfulness taught as a primary component of DBT for women with BPD. 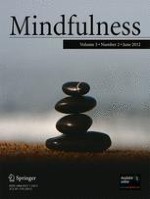 Friendliness to the Self

The Disciplined Mind: Associations Between the Kentucky Inventory of Mindfulness Skills and Attention Control

Katrina Kenison: The Gift of an Ordinary Day: A Mother’s Memoir