Links between living in a partner-violent home and subsequent aggressive and antisocial behavior are suggested by the “cycle of violence” hypothesis derived from social learning theory. Although there is some empirical support, to date, findings have been generally limited to cross-sectional studies predominantly of young children, or retrospective studies of adults. We address this issue with prospective data from the Rochester Youth Development Study (RYDS), an ongoing longitudinal investigation of the development of antisocial behavior in a community sample of 1,000 urban youth followed from age 14 to adulthood. The original panel included 68% African American, 17% Hispanic, and 15% White participants, and was 72.9% male, and 27.1% female. Measures come from a combination of sources including interviews with parents, interviews with youth, and official records. We test the general hypothesis that there is a relationship between living in partner-violent homes during adolescence, and later antisocial behavior and relationship violence. Employing logistic regression and controlling for related covariates, including child physical abuse, we find a significant relationship between exposure to parental violence and adolescent conduct problems. The relationship between exposure to parental violence and measures of antisocial behavior and relationship aggression dissipates in early adulthood, however, exposure to severe parental violence is significantly related to early adulthood violent crime, and intimate partner violence. Our results suggest that exposure to severe parental violence during adolescence is indeed consequential for violent interactions in adulthood. 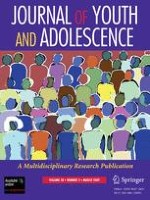 Family Transitions and Later Delinquency and Drug Use